This week, the children have continued working hard. They have written some excellent independent diary entries, moving on from looking at the character of Olive, who was the focus of last week, they have considered the same events from the perspective of a different character (her mother) and we have discussed how different people can feel differently about the same events. All of the Y6s are still enjoying the novel Letters from the Lighthouse and next week we will be moving on to character descriptions. As always, in English we have a grammar focus each week - the past two weeks we have been working on apostrophes and the children have shown that they are able to use an apostrophe for both omission and possession correctly.

In Maths, we have looked at area and perimeter as well as introduced some new concepts such as calculating the area of triangles, we will continue to work on this next week as well as how to find the area of a range of different quadrilaterals.

In Science, the children conducted an investigation, they chose their own question: How does the position of a light source affect the size of a shadow?  They worked very well collaboratively and recorded their variables, prediction, results and conclusions independently. Well done Y6.

They have also all completed a good range of work in the foundation subjects: looking at life's 'Big Questions' in RE, the UK's hills and mountains in Geography and continuing with dreams and goals in PSHE. 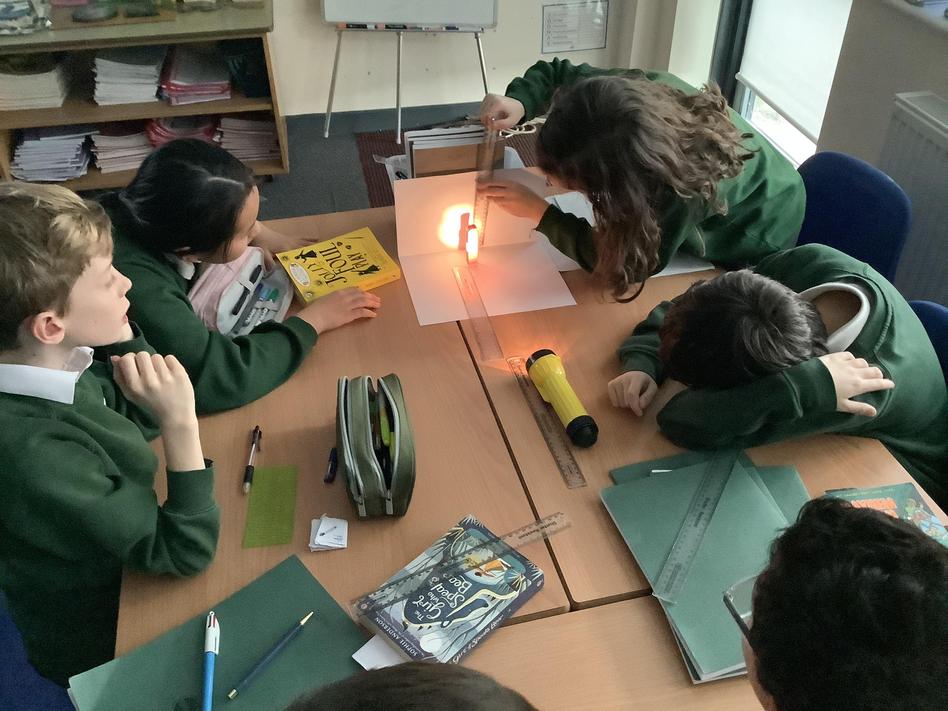 This week, the Y6s have been such enthusiastic learners! They continue to be really enjoying the novel 'Letters from the Lighthouse' during English and this week they have explored the character of Olive in greater detail. In groups, they considered the difference between a head, heart and thought voice and how each of these may be different. Building on from this task, they planned, wrote and then edited a diary entry from the perspective of Olive - the novel's narrator.

In Maths, our Y6 children have been working on measurement and conversion and we have started a new Science topic of Light. In our first lesson, the children explored how shadows are created and had lots of fun with the torches creating shadow puppets on the walls of their classrooms!

This week, our Y6 children have completed another round of assessments in preparation for their upcoming mock SATS in March and their SATS in May. They all conducted themselves very well and approached their assessments with determination and maturity, remembering to make the most of all of the given time and check over their work.

The assessments have taken up the majority of the week however they have also managed to complete some good work in the foundation subjects. In Geography, the children have continued with their topic of the UK and found out more about the counties of the UK, in PSHE they have produced some lovely work about their dreams for the world and in Art, in keeping with the topic of line drawing, they have produced some stunning mandalas. 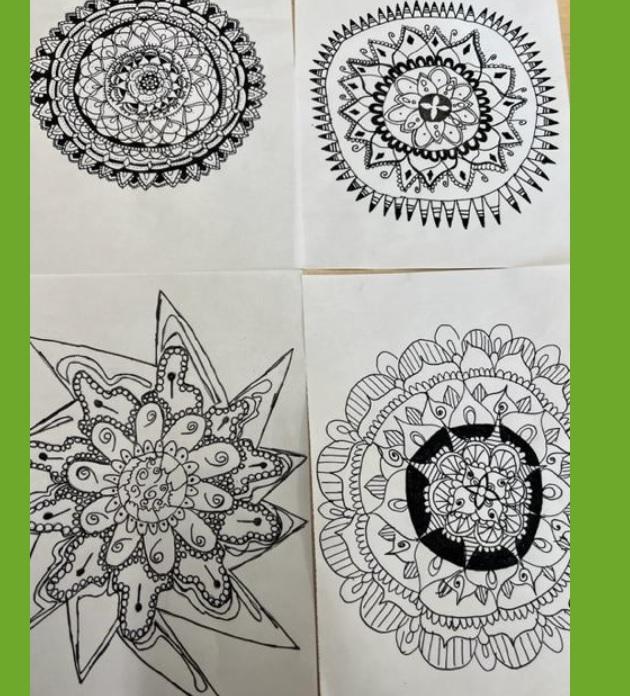 Happy New Year from all of the Year 6 Staff, we hope that you had an enjoyable break with your loved ones.

In their first week back after the Christmas break, the children in Year 6 have started to look at a new novel in English lessons called 'Letters from the Lighthouse' the children are all already very engaged with the book and they have used the opening page to create beautiful pieces of Blackout Poetry. In the coming weeks, this novel will serve as a stimulus for the children write across a range of different text types.

In Maths, the children spent the week learning about angles, they revised how to identify angles and used a protractor to measure and draw angles accurately. Some children then extended their learning and used the protractors to draw triangles and a range of different quadrilaterals.

In their topic work, the Y6 children started their new Geography topic of the United Kingdom, in their first lesson they used the atlases to label England, Scotland, Wales and Northern Ireland, their capital cities and other large cities. They also used the ipads to research information such as the population of different regions.