This week in English we have been continuing with our Kings and Queens topic. As a class we read the story

Paddington at the Palace and then sequenced the images and wrote sentences to match each image.

We also had a go at writing a retell of Paddington at the Palace in our own words.

very carefully about verbalising our sentences before recording them.

Finally, we looked at a Paddington comprehension based on the video of Paddington at

Buckingham Palace from the Queen's Platinum Jubilee earlier this year. 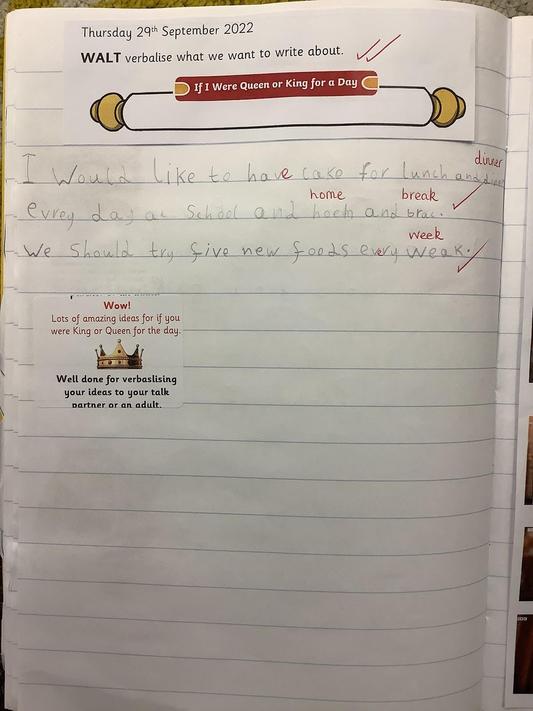 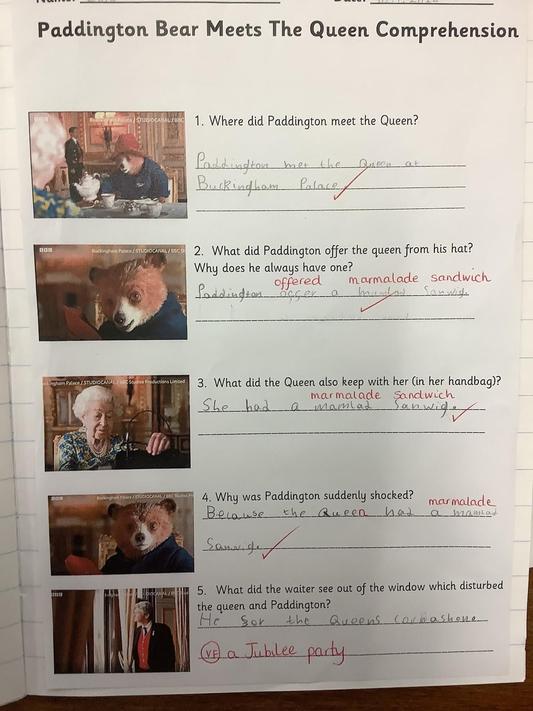 In RE this week we have continued to learn about Judaism and more specifically the Torah.

our first Sports Day/Morning! We took part in lots of different races including a sprint race, egg & spoon,

a sack race, a space hopper race and a bean bag balancing race.

We had a fantastic time and really enjoyed watching the other children in Year 1 take part too.

and kept going right until the very end!

King Henry VIII and Queen Victoria. We also completed a class comprehension about the Royal Family and

answered questions carefully about what we had read.

This week in Maths we have been looking at numbers line and comparing objects. We had a go at estimating numbers

e.g. looking after our belongings, being kind to others, following instructions etc..

We were very sad in Year 2 to hear about the passing of Her Majesty Queen Elizabeth II.

the coming 10 days of mourning.

This week we have started our Kings and Queens topic, which was planned before the sad passing

of our Queen last Thursday. We have learnt about Queen Elizabeth II and have also written a letter

passed away. Next week we will continue to learn about famous Kings and Queens from the past.

In Maths this week we have been working on place value and thinking about 10s and 1s.

We have used base 10, a part/whole model and number lines to show numbers in different ways.

As part of our Kings and Queens topic, we have also painted watercolour

side profiles of Queen Elizabeth II. We have displayed some of them in Rowan Class's 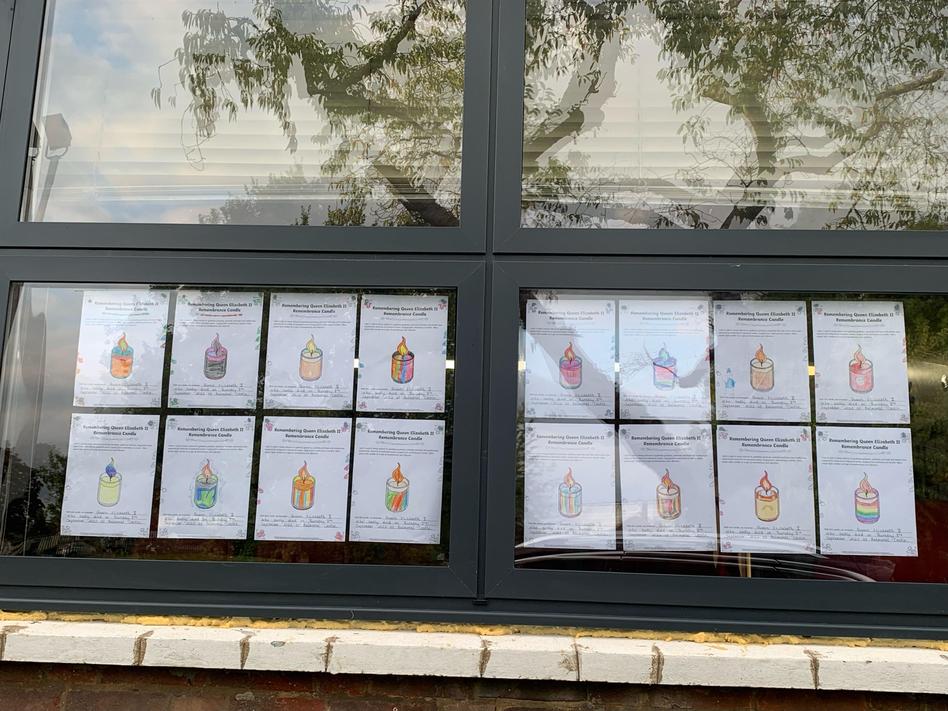 Our first week back at school in Year 2 has been very busy! We have been settling into our new classes and mixing

with our new classmates and adults.

between our words. We have also been learning about the past and present tense. We thought about what we had in our classroom in Year 1 compared with our new Year 2 classrooms

e.g. In Year 1 we had a role play area but in Year 2 we have a bigger reading corner.

In Maths we have been recapping our place value work and have been looking at base 10 and part/whole models.