This week Year One have begun their Christmas activities! In English we read the story 'The Christmas Collar' about a dog called Lumi who magically becomes one of Santa's reindeer! The children enjoyed writing sentences and ordering pictures from the story.

In maths we have been recognising 2D and 3D shapes and learning about their properties.

We have also been practising all the songs for the key stage 1 nativity play.

This week Year One have been reading the story 'Farmer Duck' by Martin Waddell We enjoyed retelling and acting out the story as well as writing the story in our own words. In maths we have been solving simple addition and subtraction problems both practically and written. In science we have continued to learn about our senses. On Friday we had fun on Children in Need Day and, since Elm class had won their reading challenge, they also enjoyed movie and munch with their teddies. 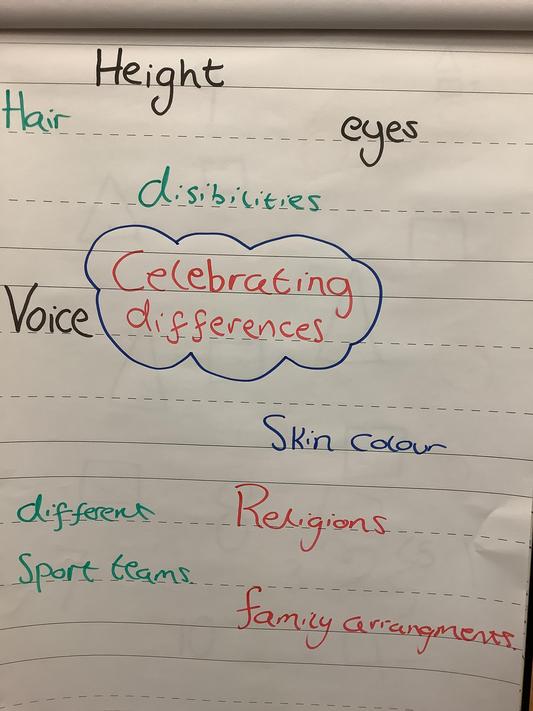 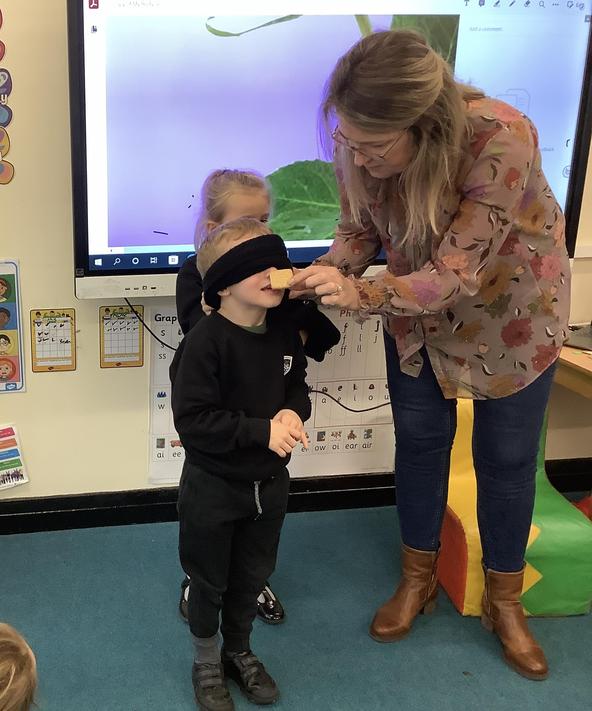 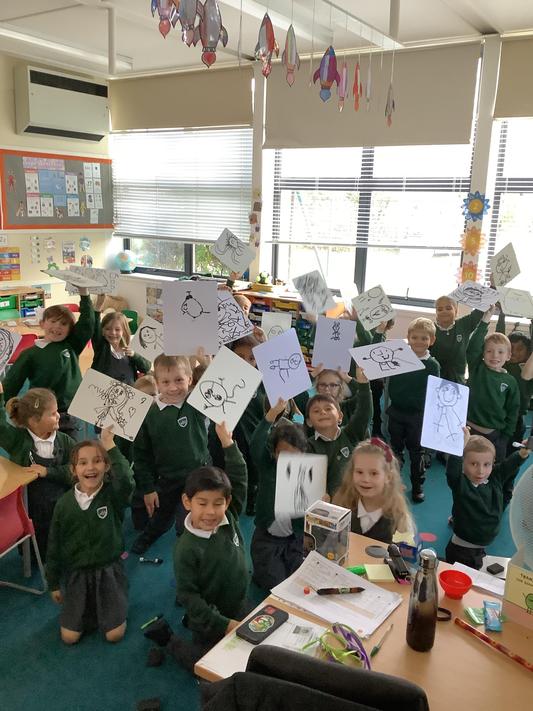 This week the children have learnt all about the significance of the poppy for Remembrance Day as part of their History and English curriculum. They have written some super sentences about poppies and remembrance day as well as completing some beautiful art work of poppies using paints. The children held a minutes silence in their classes at 11 O'clock on Friday

In maths the children have continued to develop their addition skills learning about 'fact families' and in science they have begun to learn about the five senses as part of our topic on The Body.

This week in English the children have been learning about Guy Fawkes and the gunpowder plot. The children had to recreate the events and then order the pictures relating to the story; then write sentences about the gun powder plot. Talked and written about fireworks: remembering and writing down sentences.

The new topic this term in science is all about my body and the children had to think about which different parts of the body are used for different activities.

The theme in Geography is learning about the different seasons.

In RE the children have learned about the Hindu creation story and the festival Diwali. 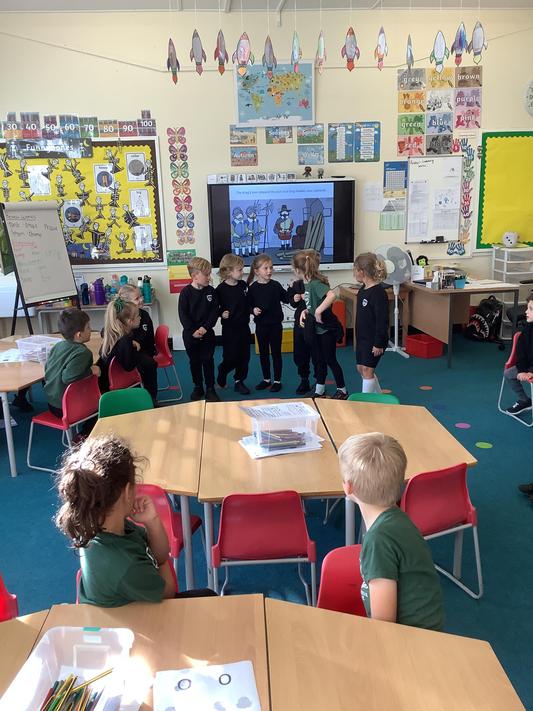 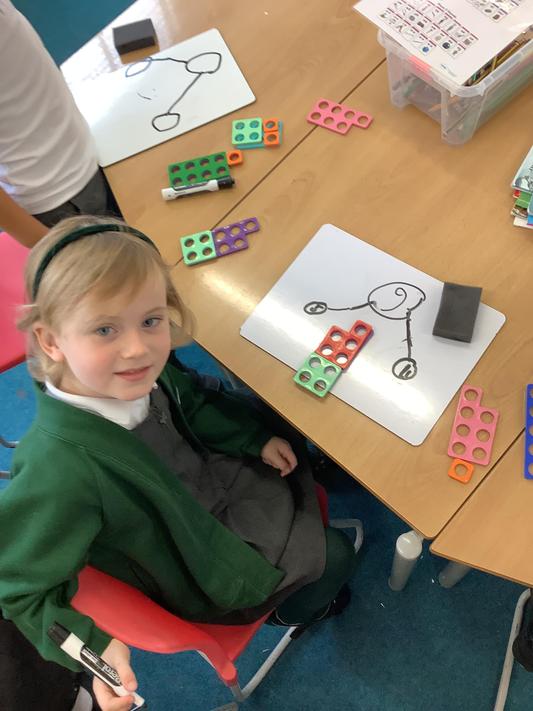 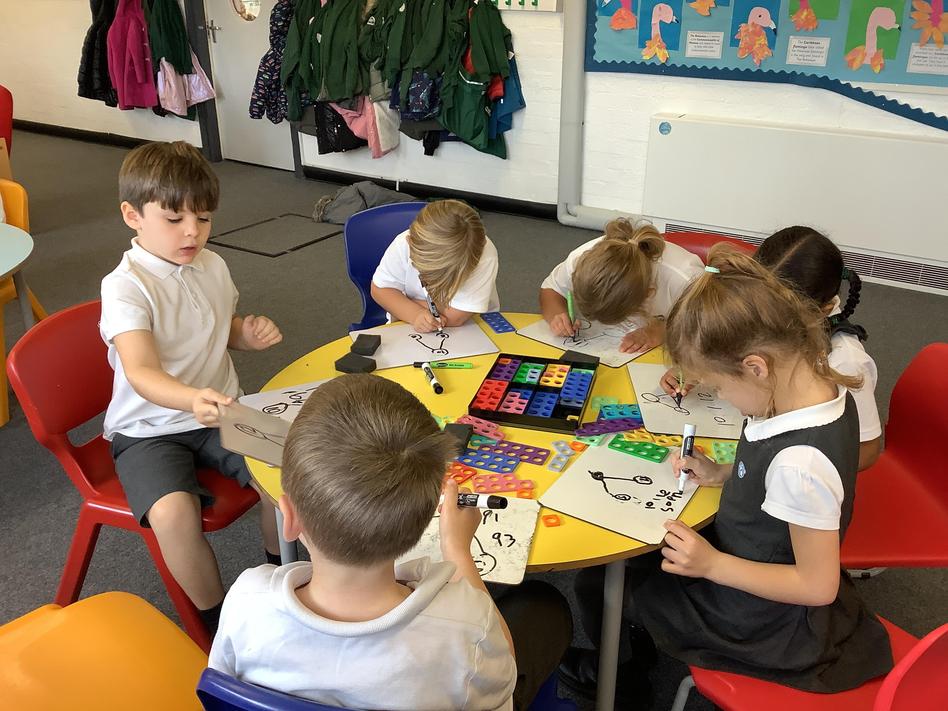 This week we began by looking at the season of Autumn by reading the story Fletcher and the Falling Leaves. The children went on an autumn walk around the school grounds to see what they could see. This is part of our Geography, Science and English work.

Also in science we continued to look at the topic of materials. In Elm class we tested different materials to see which one would be best to keep our Willow bear dry!

In maths we were comparing different amounts using the mathematical vocabulary of fewer, more, same and greater than> and less than <. The children are beginning to use these mathematical symbols in their number work.

This week we once again focused on the popular tale the three little pigs. The children did their very first piece of independent writing to go on our writing wall. They had to retell the story in their own words and the children did some amazing work. The focus this week in maths was counting backwards and working out one less than a number. 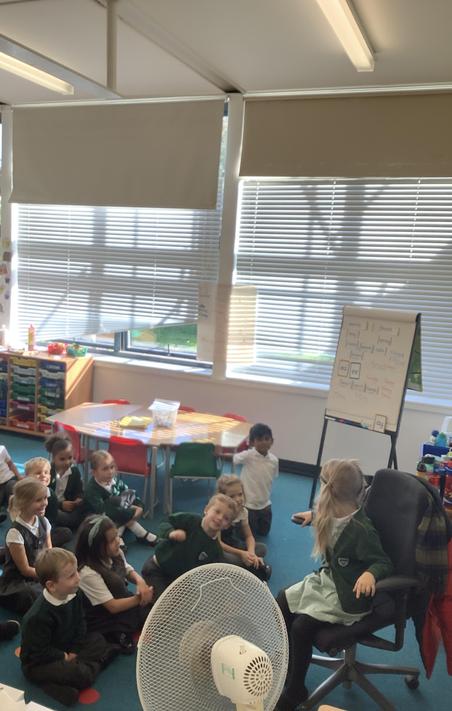 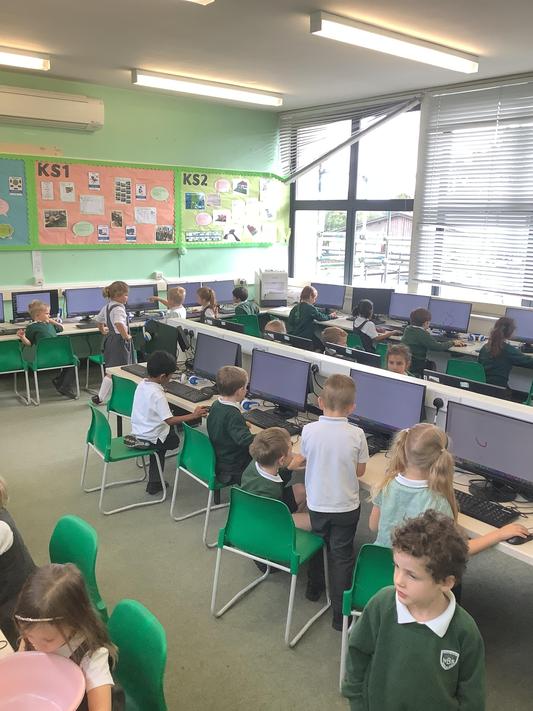 In poplar we completed the first unit of computing. The children had to draw self-portraits using all the skills they have learned so far. 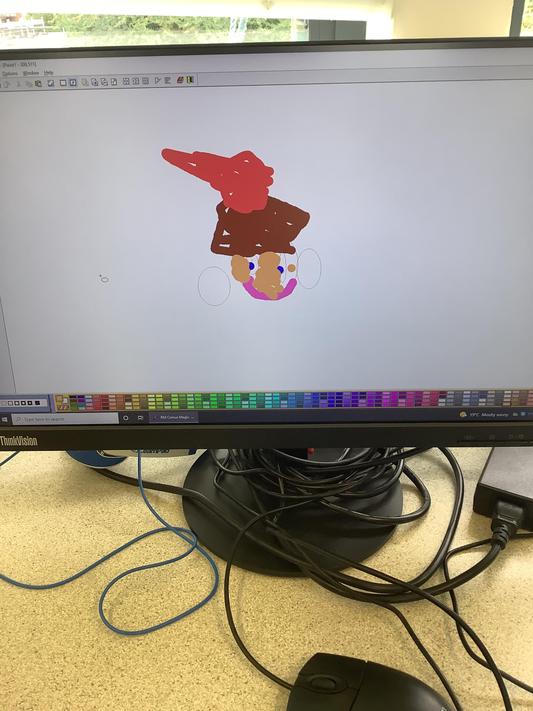 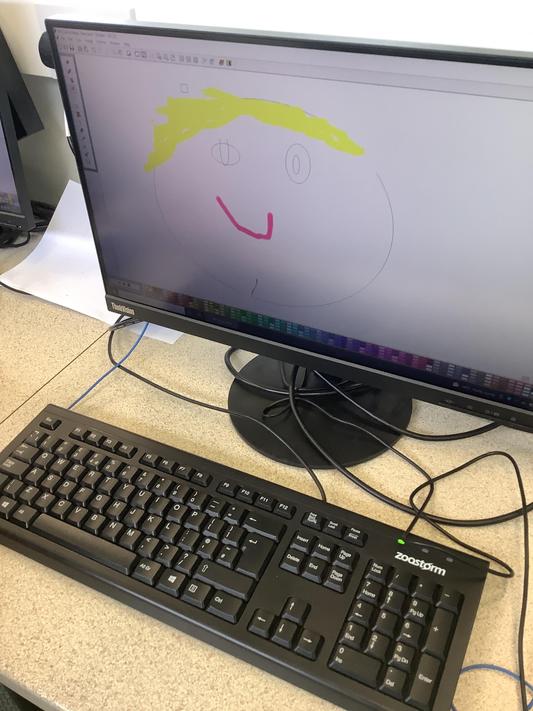 This week we have been enjoying the story of The Three Little Pigs. We read the story and acted it out as well as writing about the characters and their houses. We have been making the pig's houses using different media.

In maths we are counting on as well as saying a number that is one more than a given number. The children have excellent counting skills.

Also, the children have been exploring the materials around them and identifying what/why objects are made of certain materials.
In computing we have been using the system sketchpad to create shapes and then creating one of the three little pigs houses.

In Poplar we now have our class bear called Morris the mouse. On Thursday I set the children a challenge to build Morris a house in which he could fit inside using the Lego. All the groups tried extremely hard and used excellent communication skill when working in their teams. Every Friday one child will get to take Morris home along with his Spider-Man book, to write down all of their adventures together. 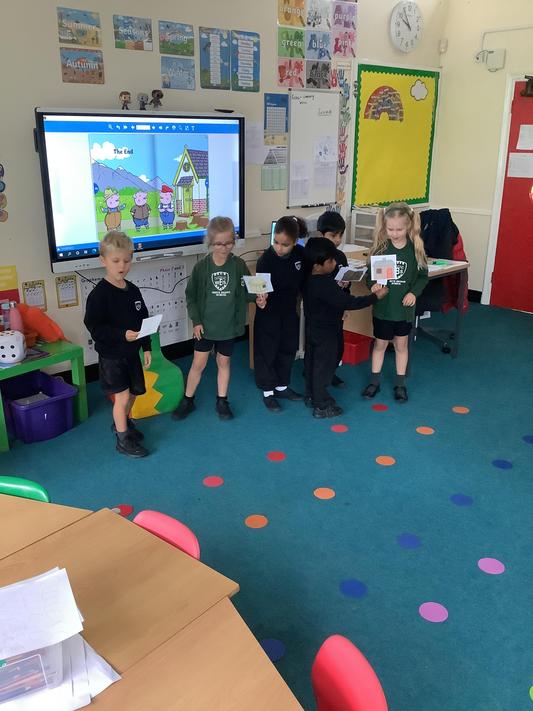 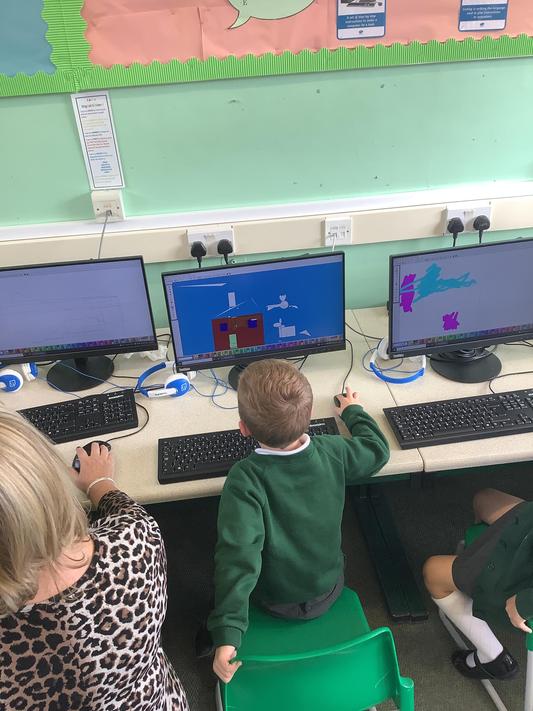 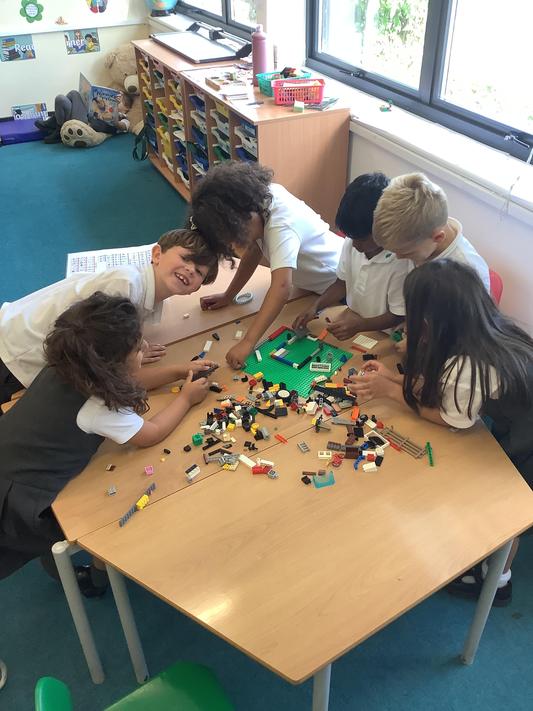 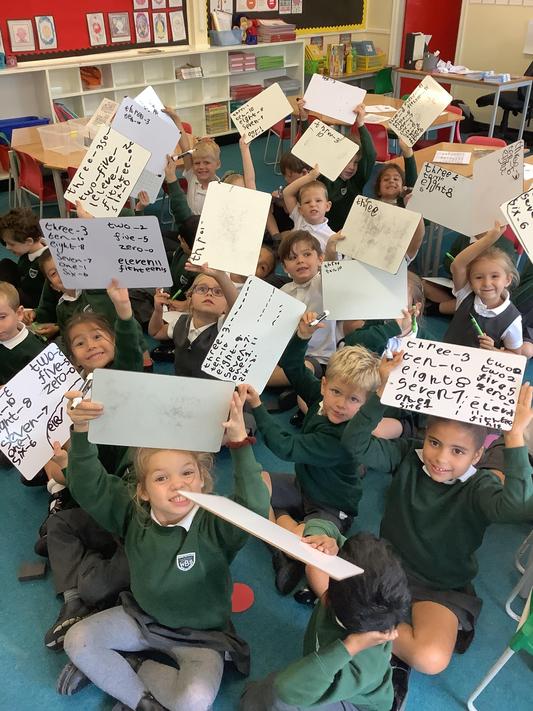 This week in English we have been reading and enjoying the story of The Little Red Hen. The children tried really hard with their writing, writing about the animals in the story. We have continued to practise our counting in maths and have explored different materials in science.

The children had fun at Sports Day on Tuesday. We are super proud of them for taking part and trying their best in their races. Well done! We wore our jeans for Jeans for Genes Day on Friday. We learnt a little bit about the importance of our genes in assembly. 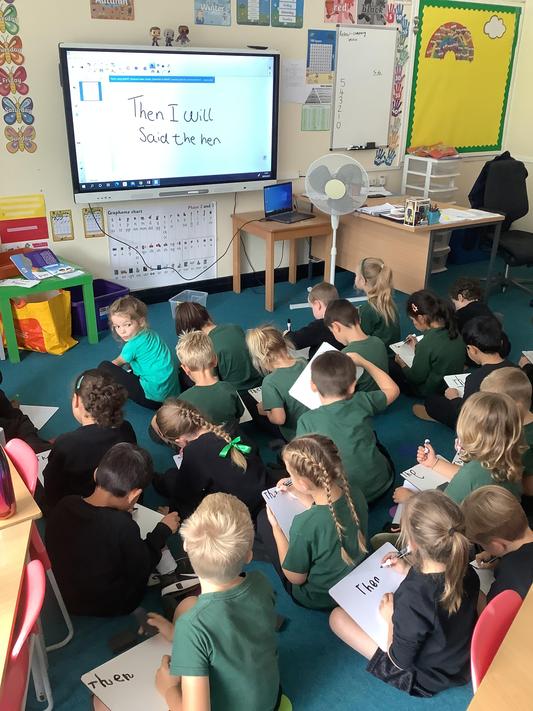 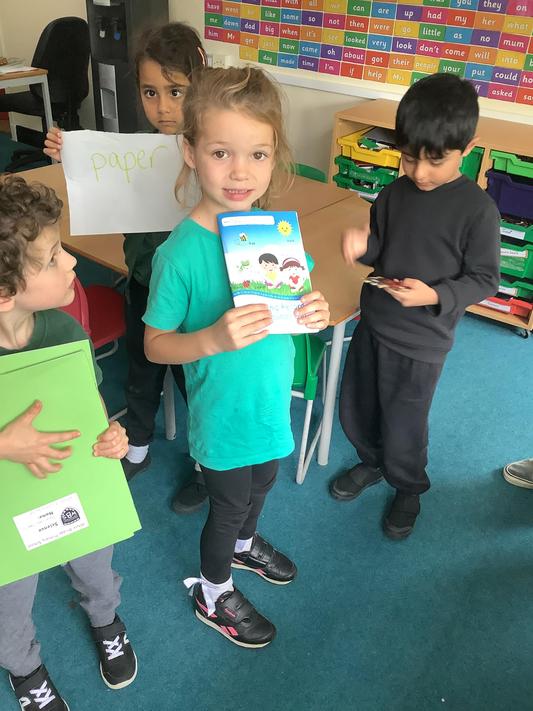 This week in English we read the story 'Funny Bones'.

The children wrote about the story and completed some wonderful art work using lollipop sticks.

In Maths we were learning about sorting objects and counting reliably, also focusing on number bonds to 10.

In Science we learnt about the parts of our body, the children were able to label their own body parts and on a diagram.

We did lots of practice for our upcoming Sports Day for PE, and in PSHE we learnt about feeling special and how we can stay safe in school. 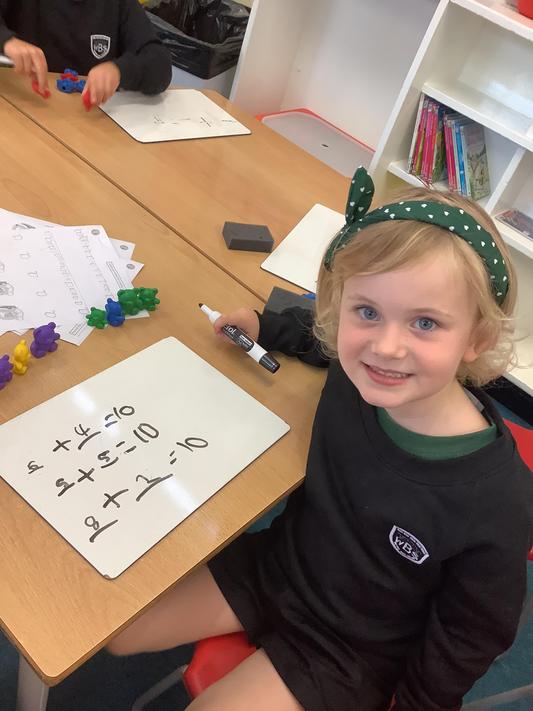 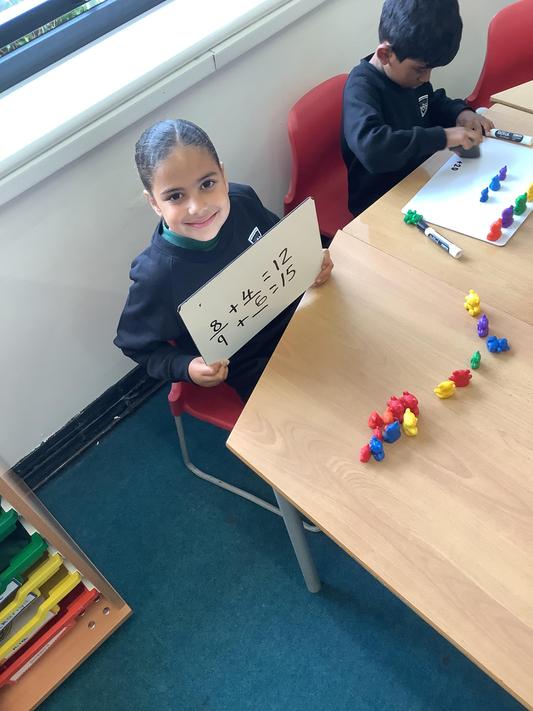 This week we have welcomed Year 1 back to school. We have settled into our new classes and enjoyed exploring lots of new

equipment, as well as practicing our Phonics and numbers.

Our new classrooms are named Elm and Poplar. These are some images of our trees. 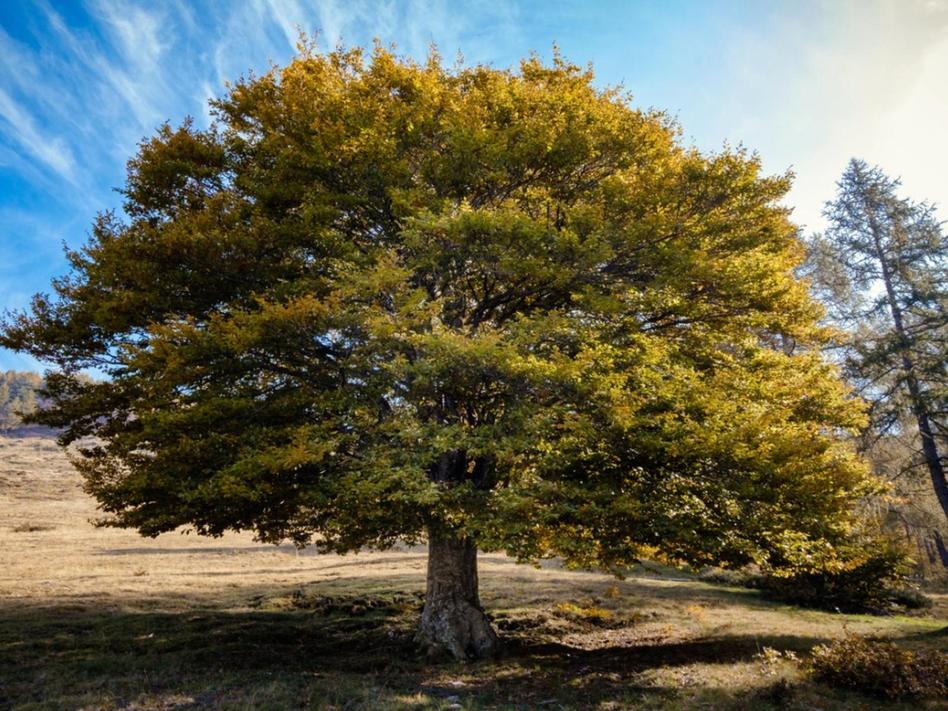